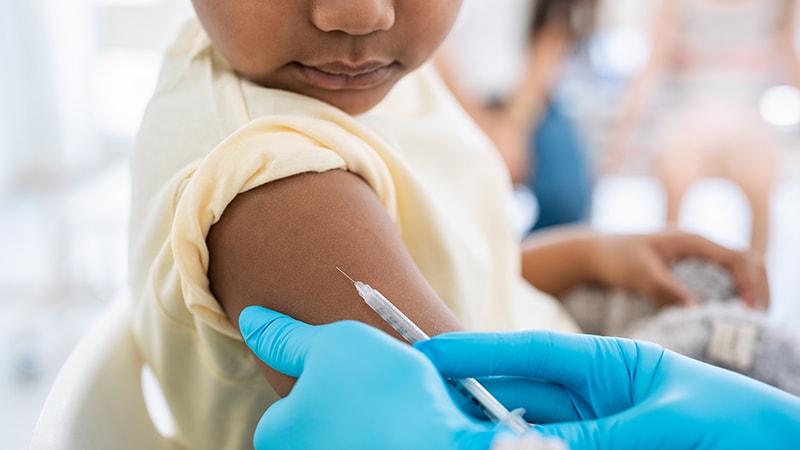 A recent study in The Lancet Global Health takes a pessimistic view of our ability to eradicate measles by 2100, although rubella forecasts look a bit more promising.

So far, measles has been eliminated in 81 countries and rubella in 93. But factors such as antivaccination sentiment and misinformation linking vaccination to autism have led to occasional outbreaks. In addition, because the COVID-19 pandemic fueled lower routine vaccination coverage and postponed public health campaigns, some countries have also lost previously gained ground.

Both vaccination scenarios were evaluated within the context of two national models (Johns Hopkins University and Public Health England), and one subnational model (Nigeria) for rubella transmission.

Lead author Amy Winter, PhD, assistant professor of epidemiology and biostatistics, University of Georgia College of Public Health, Athens, told Medscape Medical News that “under the intensified investment scenario, rubella elimination is likely to be achieved in all 93 countries that were modeled [but] measles elimination is likely in some but not all countries.”

This is especially the case if the goal is cessation of vaccination campaigns, study authors noted when placing the research in context.

But Winter also emphasized that Nigeria offered specific lessons not seen in the national models.

For one, “when you’re conducting a vaccination campaign it’s essential to be hitting kids who haven’t already had a routine vaccine.”

In addition, she stressed a need to improve vaccine equity by focusing on areas with really low coverage and then moving into areas with higher coverage.

“The Nigerian subnational analysis definitely illustrates the importance of achieving equitable vaccination and the need for potentially targeted strategies to improve vaccination,” she said. “The initial focus should be on getting areas with low coverage up to par.”

In a related editorial, the authors noted that COVID-19 has markedly disrupted vaccination campaigns globally.

Notably, this is the lowest immunization level since 2008, with more than 5 million more children missing their first measles dose.

Moss has previously written on the biological feasibility of measles eradication and told Medscape that it’s not tenable to rely on increased vaccination coverage alone.

We need “new tools and the new strategies. One of the ones that we’re most excited about [is] microarray patches,” he said, noting that they are thermostable and can be administered by anyone.

Moss also said that, while he is hoping for point-of-care rapid diagnostics, the focus of the efforts needs to change.

“Where’s [the] measles virus coming from? Where’s it being exported from and where is it being imported to?” he posited, adding that the focus should be on these areas “to try to shut down transmission…a radical kind of second phase of a measles eradication puts aside equity and focuses on sources and sinks.”

“It’s not as contagious (as measles) and has a lower sort of herd immunity threshold because of it,” Winter said.

Winter and Moss report no relevant financial relationships. The study was funded by WHO, Gavi, the Vaccine Alliance, the Centers for Disease Control and Prevention, and the Bill & Melinda Gates Foundation.