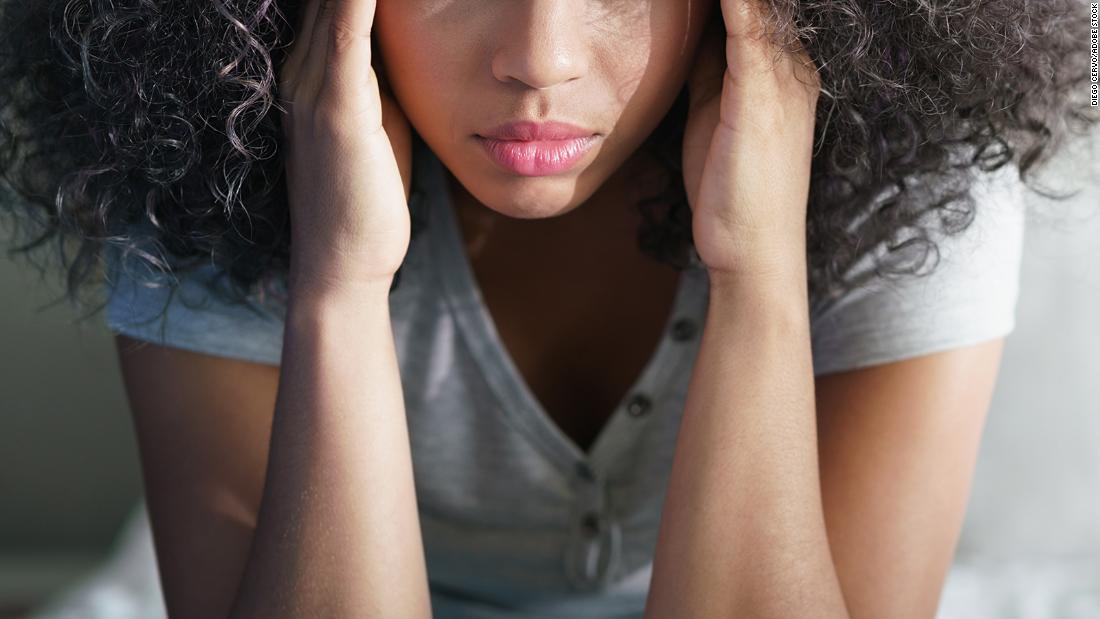 Health, Fitness & Food
Share on Facebook
Share on Twitter
Share on Pinterest
Share on LinkedIn
The USPSTF is a group of independent disease prevention and medical experts whose recommendations help guide doctors’ decisions. The draft recommendation is not final, but will now enter a public comment period.
The panel found “that screening for anxiety in adults younger than 65, and that includes those who are pregnant and postpartum … can help identify anxiety early,” Lori Pbert, a task force member, told CNN. “So it’s truly exciting.”
The task force defines anxiety disorders as “characterized by greater duration or intensity of a stress response over everyday events.” Recognized types include generalized anxiety disorder, social anxiety disorder and agoraphobia. The USPSTF drafts also recommend screening for major depressive disorder in adults, consistent with recommendations for depression screening published in 2016.
Pbert, a clinical psychologist and professor at the University of Massachusetts Chan Medical School, said an anxiety recommendation was prioritized “because of its public health importance, especially with the increased focus on mental health in this country that we’ve been having for the past few years.”
The Covid-19 pandemic led to a surge of new anxiety and depression, although levels have fallen somewhat since. A recent CDC report found adults ages 18 to 44 were least likely to have received treatment for mental health in 2019 but became the most likely in 2021.

The anxiety recommendation would apply to adults 19 and older who do not have a diagnosed mental health disorder. The depression screening recommendations apply to those 18 and over who do not have a diagnosed mental health disorder and are not showing any recognized signs of depression or suicide risk.
Pbert emphasized that people who are already showing signs or symptoms should be assessed and connected to care.
Brief screening tools have been developed for both anxiety and depression and are available for use in primary care. The majority of current screening tools include questionnaires and scales.
Any positive screening result should lead to additional confirmatory assessments, the task force says. It also notes that there is little evidence regarding the optimal timing and interval for screening, and more evidence is needed.
USPSTF says that in the absence of data, a pragmatic approach could include screening all adults who have not been screened before and using clinical judgment in considering other factors, such as underlying health conditions and life events, to make a decisions about whether additional screening is needed for people who are at high risk.
The recommendations for anxiety and depression screening are what USPSTF calls “B” classifications, meaning a clinician should offer the service because there is a “moderate net benefit.”
Also included in the draft recommendations are two “I statements,” which don’t have enough evidence to recommend for or against the screening, Pbert said. The statements are for anxiety screening in adults over the age of 65 and for screening of suicide risk in adults. The task force calls for more research on both of the I statement topics to be able to help older Americans, as well as to understand the role of primary care in suicide prevention.
“There are missed opportunities within primary care practice, and this is why we need research to understand what is the best way that we can screen individuals who do not have recognized signs or symptoms of suicide risk, that we can identify them and connect them with care,” she said.

Screening for anxiety disorders is important because of the lifetime prevalence in the US, which the draft recommendations put at 26% for men and 40% for women, Pbert noted.
“This is a very common mental health concern,” she said. “That is why it’s so important for us to be addressing anxiety disorders and screening for anxiety disorders.”
The draft recommendations for anxiety, depression and suicide risk screening came together because “we really want to help primary care clinicians in addressing the urgent need to address mental health in adults in the United States,” Pbert said. “So we’re really seeing this set of recommendations as an opportunity to be able to provide clinicians who are working with adult patients comprehensive guidance in terms of how to approach screening for anxiety, depression and suicide risk.”
The task force members also hope the recommendations will elevate awareness about the need for mental health screening and treatment.
“That’s an area that we need a lot of work in,” Pbert said. “There’s so many gaps in terms of providing mental health care, and our hope is that this group of recommendations will elevate that.”
The task force is also very concerned about health equity, Pbert said.
“Our hope is that by raising awareness of these issues and having recommendations for clinicians, that we’ll be able to help all adults in the United States, including those who experience disparities,” she said.
The public will be able to comment on the draft recommendations through October 17.
“We would like people to be honest, to provide their input and perspectives,” Pbert said, adding that the task force will read every comment. “It’s really important because it’s allowing us to hear from the public — and the public includes people who are specialists in these areas. … We really value the input of other specialists who can give us their perspective and their comments.”
This article was originally published by Cnn.com. Read the original article here.
Share on Facebook
Share on Twitter
Share on Pinterest
Share on LinkedIn

Down to Earth: what are the wellbeing benefits of gardening?
8% of Australian urine samples contain a common weed killer, study finds
How to SURVIVE Medical School
How to make healthy, nutritious (and delicious) kids’ lunchboxes on a budget
Novel PTP1B inhibitor drug candidate can prevent lethal lung inflammation in mice